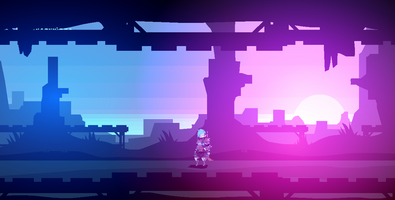 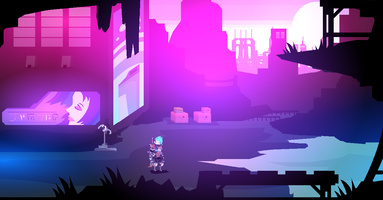 Yo! It's been some time, I'll admit. This project was built in so many phases for so many different reasons. Graduate class projects, a full fledged steam release, and a contribution to a number of exhibitions and competitions. It blossomed into an example of what I can do, how I can improve, and what my academic career would be all about. Now, I'm beyond that. Revisiting this project was a complicated endeavor. There are so many things I would do differently with it now. But, in order to preserve what it is, faults and all, this update is designed to "do what it can". A polish. A bit of iteration. Some additional clarity.

All in all, I'm proud to have seen this be nominated for a Best in Show - Art category among some amazing indie titles at GDEX. I feel fortunate to have had it accepted at a number of venues to be shown off, discussed, and played. I'm honored to have had this be part of the Bundle for Racial Justice and Equality - a highlight for sure. Flux is about setting a mood. Vibing. And telling a part of a tale that is deeply personal to me. As Gren carries out the daily cycle and longs for a distant love, I too once harbored these same feelings. Now, after what feels like lifetimes, my own circumstances have changed dramatically. But, I'm still that kid in his room trying to make connections and ready to escape in worlds of fantasy, thrills, and really good music.