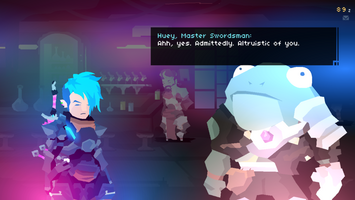 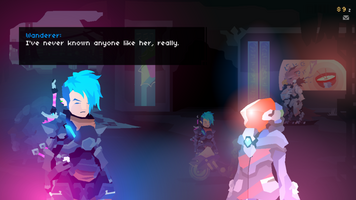 Flux's NPC dialogue system has been given an overhaul! Prior to this update, walking up to and talking to a character would initiate one of three random responses in the form of a speech bubble. Yawn! Now, the characters involved in the conversation will pop up in a new conversation overlay. While some of the characters still have a handful of general responses, the vast majority of the NPCs have full-fledged story arcs that rival the likes of the core "phone convo" of the game's main narrative. 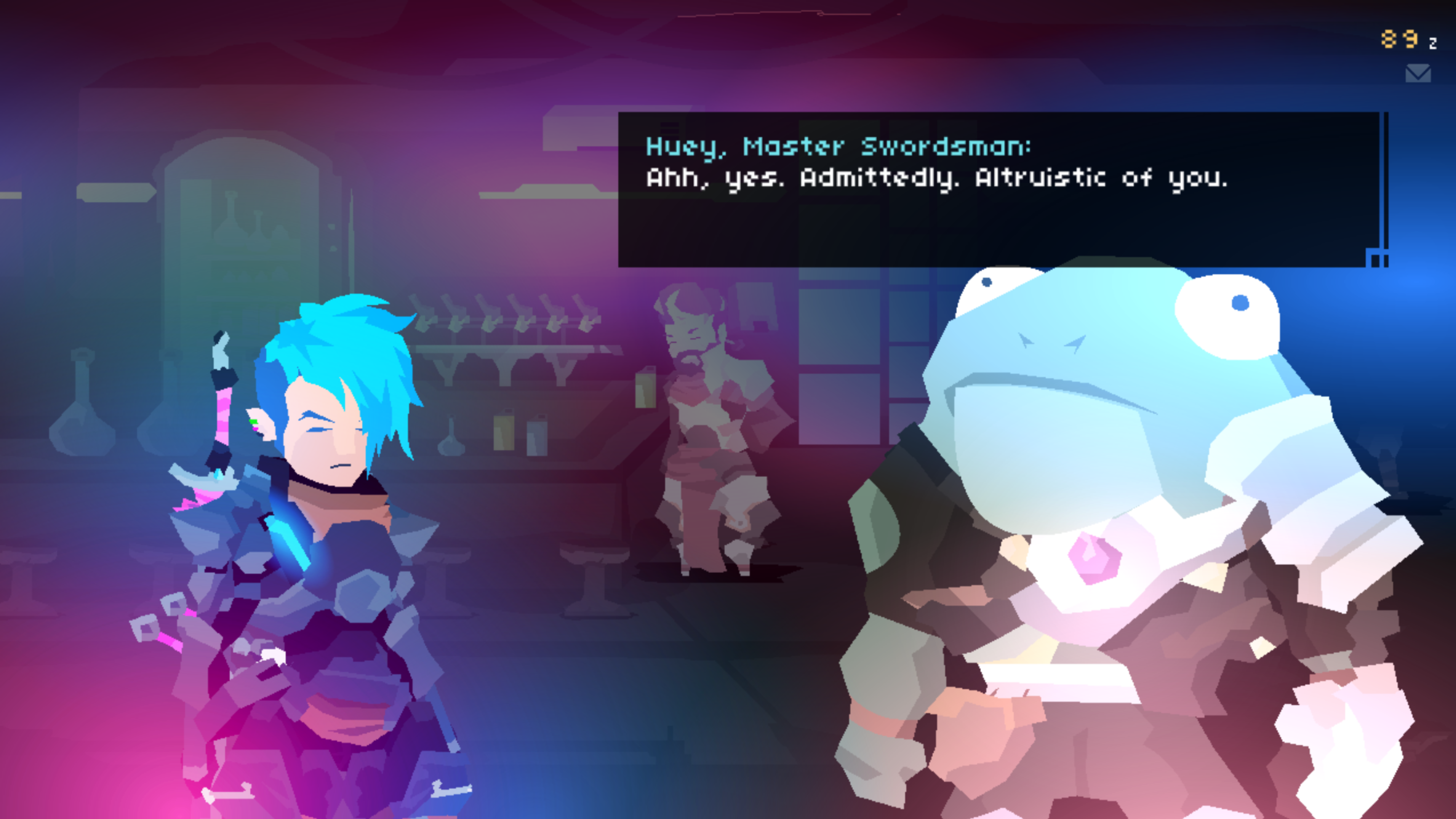 Current Version 1.02 //
- NPC dialogue has been given a big overhaul. Talk to NPCs each day to learn more about the world and potential side quests!
- You can no longer drop your sword and both sword skins are interchangeable by accessing them (once obtained) by the bedroom window
- Added a note at the end of the first phone conversation to explain that days pass between jobs to provide some additional clarity of purpose for the game (chill, talk to some NPCs, learn about the world, get into some fights or shoot-outs if you want, rinse and repeat!)
- Added a few extra animated bits to areas in the game (swaying cloth, monitors swapping ads, etc.)
- One of the NPC gifts, for your Mech ship, now reduces Flux lost during Armament mode as enemies damage/pass you
- Improved the visibility of the HUD during Assault/Mecha/Armament
- Fixed a bug that prevented the collapsing animation from playing when dismissing/ending phone conversations
- Fixed a bug with a a dialogue box's scale
- Corrected a few typos
- Fixed an issue when trying to obtain the second sword in which other NPCs would deliver the message/gift